Free UPS delivery on orders over 49,99€ in most european countries (see conditions)
END OF THE BLACK WEEK END IN
days
hours
min
sec 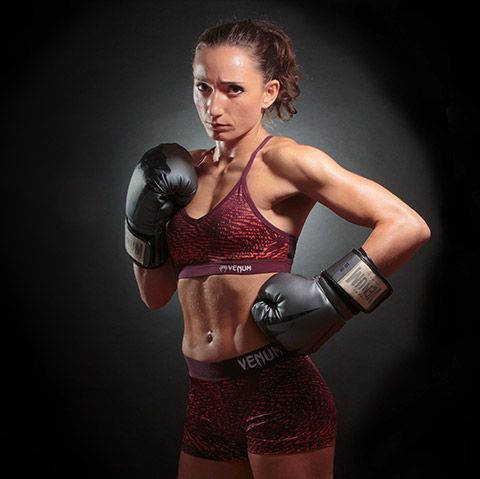 Gloria Peritore, AKA “The Shadow”, is an Italian K1 and kickboxer and she is considered one of the top fighters on the planet. She fought and won at Bellator and Oktagon, and she is the first Italian to compete in K1GP. She is currently ISKA World Champion -52 kg and WKU World Champion -55kg. She is very active in promoting combat sports among women and has created many anti-violence projects with her sports organization, The Shadow Project.